１．Purposes of the NCS Rating

(1) Tournaments reported for rating purposes must be organised by the NCS or NCS-registered clubs and be run in a fair manner by NCS annual members.
(2) Players who attend tournaments reported for rating purposes must have the NCS membership, including one-time tournament membership.
(3) All FIDE official tournaments shall be played according to the FIDE rules. In addition, the NCS must be notified at least two months prior to the event.

(1) The organizer must submit a rating report to the NCS after a tournament or meeting. For the FIDE official events, the organizer must submit, in addition to a rating report mentioned above, a prescribed TXT file to the NCS within 5 days.
(2) Rating calculation period starts on the 21st day of each month and ends on the 20th day of the following month. NCS calculates ratings for each calculation period and publishes new ratings on the first day of two subsequent months after the month in which rating calculation period started. (i.e. NCS calculates ratings incorporating match results from January 21 to February 20 and publishes new ratings on March 1 as rating for March.)
(3) Rating renewal fees to be paid by the club organizer are JPY200 per player. For tournaments organized on a periodic basis, there is no need to pay the rating renewal fees twice for the same player. (i.e. If Player A and B participates weekly tournaments hosted by Club C, the fees are JPY 400 for two players regardless of number of weeks they have participated.)
See: Bank Account Information
(4) If a payment of the rating renewal fees is not confirmed by the end of the month, or if a player fails to pay the membership fee, the match results may not be counted for the rating purposes.

(1) A rating report shall include a, b and c below. Whenever possible, use of Swiss Manager or reporting files provided by the NCS is encouraged.
a. Name of a tournament, date/time, venue, name of the person in charge of the tournament, type of game (standard or rapid)
b. NCS ID number and name in the Roman alphabet
c. Match results (white romanized name, result, black romanized name)
(2) If the pairing program Swiss Manager is used, uploading to Chess-Results.com and notifying the NCS of the upload can replace a rating report mentioned in the preceding paragraph.
(3) Player’s names are spelled in the Roman alphabet in the same way as FIDE does: family-name-first order and without a comma in between.
(4) If it was a player’s first official tournament or a player without ID, the player’s name in Kanji, date of birth, email address (any other available information) should be included.
(5) In a standard game, each player has at least 60 minutes, based on 60 moves. However, if it is not a FIDE official tournament, a game of at least 45 minutes can be deemed to be a standard game. Where there is no mention of type of games, they are calculated as rating report of standard games.
(6) A rating report for regional qualifying tournament of the national tournaments should include the names of qualified players. 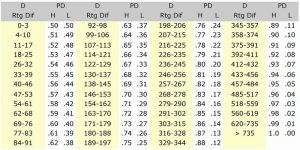 (8.1b on FIDE Rating Regulations)