The national chess champion, Tran played simultaneous chess on 2/20 in Tokyo. It was an event held after Chess Challenge 2 in the afternoon. Each player, including the champion, had 60 minutes to finish the game. But no one survived after 90 minutes and Tran finished all the games winning every one. Tran gave each player some useful comments after the event was over. Participants were very impressed not only with his accurate play, but with his accurate memory of all the games! Well done everyone! 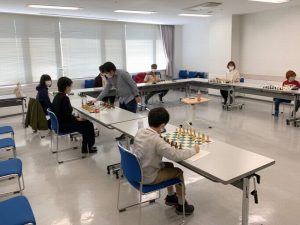 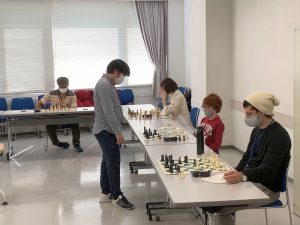 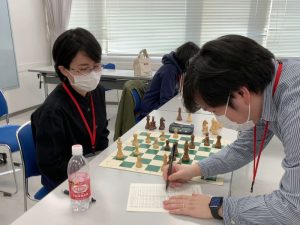 The top three who survived against Tran were Yuta Takahashi, Mayur Gondhalekar, and Yukino Nakamura. They got a memorial prize. one of the participants said, “It was a wonderful event. I have enjoyed and learned a lot!”